Which car will I be in this weekend?

A Chance to drive a different car at each round keeps it fair and random. 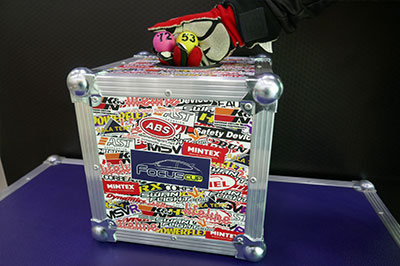 The Focus Cup is trying it’s best to make sure everyone has an equal chance according to their ability. All the Focus Cup racecars are being built to the same standard using identical components and will be run on a dyno to make them as equal as possible. Unfortunately even with all the will in the world cars can still perform differently.

To make it random there will be a box with numbered balls, each numbered ball will correspond to a car. On arrival at the Friday test day, drivers will pick from the box, TWO of the numbered balls. They can then choose which of the two cars they prefer and return the unwanted ball to the box ready for the next driver to draw. As there will be two spare cars, even the last driver will have a choice of two cars.

Moving on, each driver will carry over their wheels and tyres with them to the next round, special seat brackets have been made by Safety Devices, so once the seat has been adjusted the first time, it won’t need doing again and again as the seat also follows the driver. New driver names will be added to each car for identification.